Climbing the Mountain of God

A young man was having trouble driving through a bad snow storm, until he remembered what his father told him, that if he ever had trouble driving in snow, he should just pull off and wait for a snow plow and then follow it, so he pulled off the road and waited. In a short while a snow plow drove by and so the young man pulled out and followed it. After an hour of driving around, the snow plow driver was fed up and got out of his truck to ask why he was being followed. The young man explained what his father had told him about what to do if he had trouble driving in snow. “OK,” replied the snow plow driver, “I’m done with the Walmart parking lot now, but if you want you can follow me to Target.” “Sure,” the young man replied, “but after that, could you swing by the Hallmark store? It’s Valentine’s Day and I need to pick up a card for my wife.”
END_OF_DOCUMENT_TOKEN_TO_BE_REPLACED

Lent: The Journey From Death to Life

A family had two little boys that were always stealing things.  They stole from their classmates at school, took things from the neighbors’ yards, and shoplifted things when they were at the mall with their mom.  The parents tried everything they could to change their boys’ bad behavior, but nothing worked.  As a last resort they decided to ask their pastor what to do.  (*only in a joke is a priest considered a last resort.*)   The pastor agreed to talk to each boy individually about stealing.

END_OF_DOCUMENT_TOKEN_TO_BE_REPLACED

The Words of God Guide Us Through Lent 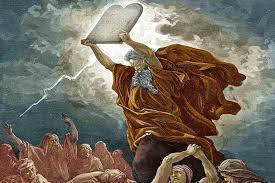 Ben and Hannah were not the most devout or religious Jews, and like the many Catholics that only attend Mass on Christmas or Easter, they only went to the Temple once or twice a year.  As they were leaving the Temple, the Rabbi said, “Ben, it would be nice to see you and your wife Hannah here at the Temple more often!”

END_OF_DOCUMENT_TOKEN_TO_BE_REPLACED

Clearing Away the Junk in Our Interior Castles

Happy first day of Lent!  Today actually is the first day of Lent… for Orthodox Christians, who celebrate Easter on a different day than we do, this year May 1.  They do not have Ash Wednesday, they start their Lent with what is known as Clean Monday, and it is a national holiday in Greece.  This first day of Lent, this Clean Monday, is reserved for two things: 1) Clean your home, to clean your castle so to speak.  The idea of spring cleaning can be traced back to this Orthodox tradition of Clean Monday.  2) Go to confession, to clean your interior castle so to speak.  In this way the faithful begin their Lent renewed in Christian love, mercy, and forgiveness.

END_OF_DOCUMENT_TOKEN_TO_BE_REPLACED

Time for a U-Turn

END_OF_DOCUMENT_TOKEN_TO_BE_REPLACED

Our Priceless Relationship with Jesus

I was at the gas station one day and a man came up to me and gave me a one million dollar bill. It’s not real of course, but it looks real. It even has serial numbers and Grover Cleveland on it. I framed it not only because it looks so real, but so that I can always remember my encounter with the man who gave it to me.

END_OF_DOCUMENT_TOKEN_TO_BE_REPLACED

There Are Many Laws, But One Truth

The current federal laws fill 52 leather-bound volumes, and two new volumes have yet to be printed. There are an estimated five thousand different crimes that can be committed if these laws are broken. That doesn’t even include state or local laws. For example, I cannot own chickens because Richland Township requires you to have at least 2 acres of land to have them. There are so many laws, and yet their numbers are growing all the time. A coworker was pulled over by the police this past week because they had only cleared enough ice and snow from their windshield to make just a very small hole, but they did not receive a ticket because there is no law about requiring you to have clean windows to drive. Thankfully a couple of days ago, a bill requiring people to clear off their vehicles of ice and snow before driving them was put together. There are so many laws to make sure that we do the right thing, and so often we are not doing the right thing.

END_OF_DOCUMENT_TOKEN_TO_BE_REPLACED

After the Ashes Are Washed Away

Preached at Holy Sepulcher Parish on February 18, 2015 on Ash Wednesday at the 5:00PM Liturgy of the Word Service

After Mass this morning a woman told me that a girl from the school was in the restroom attempting to make the cross on her forehead as big as the cross her classmate had on her forehead. “Your cross is so nice and big and mine is so little,” the girl said. So she decided that the best thing to do would be to use water to help make the cross bigger, but all she succeeded to do was to wash it off.

END_OF_DOCUMENT_TOKEN_TO_BE_REPLACED

St. Joseph, the Perfect Guide for Our Lenten Journey

I should probably say to everyone here tonight, “Merry Christmas!” After the winter that we have had this year it certainly still seems appropriate. Today’s gospel reading also makes it seem like Christmas because it takes us back to the Nativity story of our Lord Jesus Christ. But it’s not Christmas, it’s Lent. We can tell because there is no joy and so many people are sad. During Lent many of us punish ourselves by giving up things that make us happy and that can certainly make us sad. I love lots of sugar, especially in my tea, and one year I gave it up for Lent and I was miserable. Lent seemed like it was forty weeks long that year! I couldn’t wait for Lent to be over. I’ll never do that again! Also during Lent we do serious religious things like participating in the Stations of the Cross or attending Mass on Wednesday nights, things we normally don’t do the rest of the year, when we could be at home relaxing watching Survivor, American Idol, or Duck Dynasty.